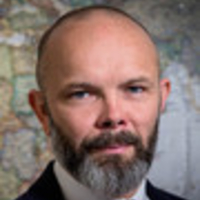 Baldur Thorhallsson: Professor of Political Science, and Jean Monnet Chair in European Studies at the Faculty of Political Science at the University of Iceland. He is also Programme and Research Director at the Centre for Small State Studies at the IIA of which he is the founder. Professor Thorhallsson has extensive expertise in the field of European Integration and small state studies. He has an impressive publication record as well as valuable experience in running a European Module and Erasmus intensive programmes for a number of years. In 2009, he was granted a Jean Monnet Chair of European Studies, the first one in Iceland. Professor Thorhallsson is the Chair holder for the Centre of Excellence awarded to the Institute of International Affairs in 2013.Â 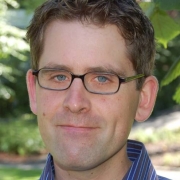 Maximilian Conrad: Head and Professor of European Politics at the Faculty of Political Science, University of Iceland. Professor Conrad has extensive expertise in the field of European integration studies and political philosophy, with numerous publications on the EU democratic deficit, the viability of a European public sphere, and the role and impact of the European Citizens’ Initiative. He has an impressive publication record as well as valuable experience in teaching on European affairs.

John Erik Fossum: Expertise on comparative politics broadly speaking in Europe and North America, with emphasis on questions of democracy, identity, legitimacy and constitutionalism. Has led/participated in a number of large research projects on various aspects of the development and transformation of the European Union. Has given numerous keynote presentations and conference presentations; (co)organised workshops and conferences across Europe; taught courses at MA and PhD-level and supervised numerous students.Â

Dr Julie Smith (Baroness Smith of Newnham): Director of the European Centre in the Department of Politics and International Studies, Cambridge University, and a Fellow in Politics and Graduate Tutor at Robinson College, Cambridge. Â Since 2016 she has been Co-Director of the MSt in International Relations, the two-year part-time Masters programme co-organised by POLIS and the Universityâs Institute for Continuing Education.Â  An expert in European politics, Julie was Head of the European Programme at Chatham House (the Royal Institute of International Affairs) from 1999 until 2003. She has been a member of the House of Lords since 2014 and a member of the Lordsâ International Relations Committee since 2016.